On Sunday the 17th of January Hemel Hempstead saw our energetic arrival as we came to have a blast at Quasar!

We arrived in Hemel Hempstead and had some time to go to buy some snacks with any pocket money we bought with us. After that, with about 40 minutes until we needed to arrive at Quasar, we were fortunate enough to find a playground in the middle of the shopping area, and as darkness fell we started to get the place to ourselves. In the small playground we played some Scout-y games, including the well-chosen game of ‘Splat’, only before heading inside to splat our fellow Scouts with lasers! 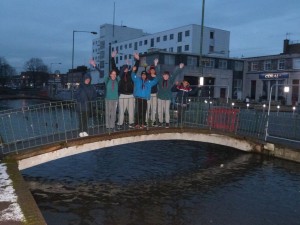 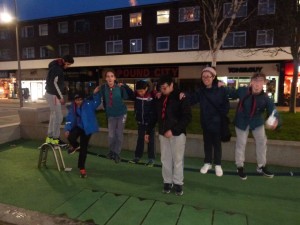 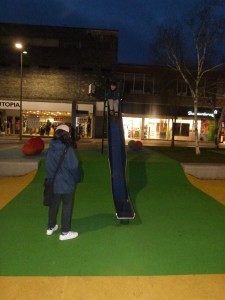 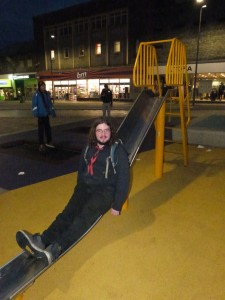 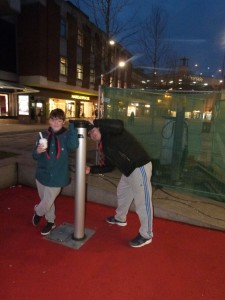 After that we headed inside for three awesome game of Quasar, the first two we were joined with another party of children who made the game even more exciting! We split into teams and ran round zapping the other team and dodging enemy lasers! After two 45-minute games we had a break and ate any food we bought with us. We also were given pizza or hot-dog provided by Quasar.

Our third and final game was between the leaders and the Scouts. Apart from one man and his boy (who joined the leaders) we had the whole place to ourselves to run around. By the end the leaders somehow managed to beat us, but we all had a great time. 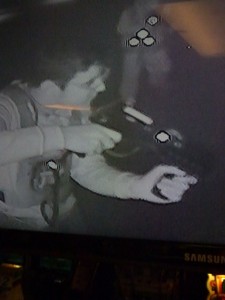 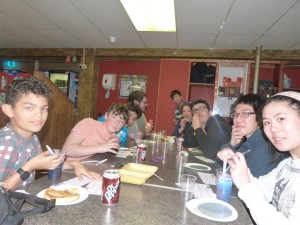 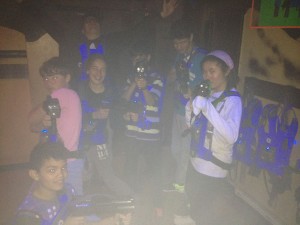 To conclude the day we spent a little longer outside in Hemel Hempstead. In the shopping area there are three strands of rope lined up tightly forming a tightrope, of which we all tried to walk or scramble over one by one, and then all try to stand on at the same time. By the time we had to get back on the minibus and head home we had all had a great evening, and a great time.

Thanks to all the awesome leaders who organised the evening, and to the people at Hemel Hempstead Quasar.