What is Remembrance Day?

When the First World War ended on the eleventh hour on the eleventh day on the eleventh month in 1918 it was called Armistice Day and the following year, 1919, the people observed a two minute silence to remember all of the millions who were killed, injured or affected by the war.

This tradition has carried on ever since 1919 and is generally referred to as Remembrance Day and millions of people from many countries stop on the day at the eleventh hour on the eleventh day on the eleventh month to remember those who not only were killed, injured or affected in the First World War but also the conflicts since then such as the Second World War, The Falklands War and the Gulf Wars.
Remembrance Sunday is a day to commemorate the contribution of British and Commonwealth military and civilian servicemen and women in the two World Wars and later conflicts and is held on the Sunday nearest to Armistice Day.
This year was a special anniversary year as it is a hundred years since the start of the First World War.

Across Britain, Remembrance Sunday is marked by ceremonies at local war memorials in most cities, towns and villages, attended by civic dignitaries, ex-servicemen and -women (many are members of the Royal British Legion and other veterans’ organisations). members of local armed forces regular and reserve units. This year I attended the Sunday Parade in Edgware with some other Scout Members. The parade went all the way down Edgware High Street to the War Memorial on the A5 and after a ceremony, prayers and the two minute silence returned back along the High Street.

We contributed by making poppies at our Tuesday Scout meeting using black, red and green paper with a green lolly stick. When we finished we put the poppies in the window of the Scout Hut. 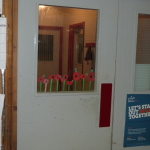 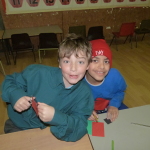 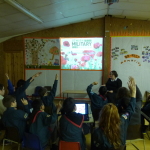 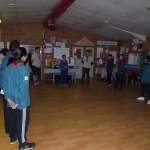 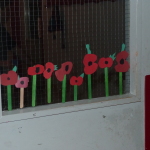