2018 was massive – We’ve been on new adventures, tried out new activities and made so many new friends. There have been challenges and obstacles at points, but we’ve pulled through even stronger. And let’s not forget all those #SkillsForLife we’ve learnt! It’s been an incredible year of Scouting, so it’s no wonder that trying to pick out just 10 favourite moments and events from 2018 is a struggle, but I’ve had a go… 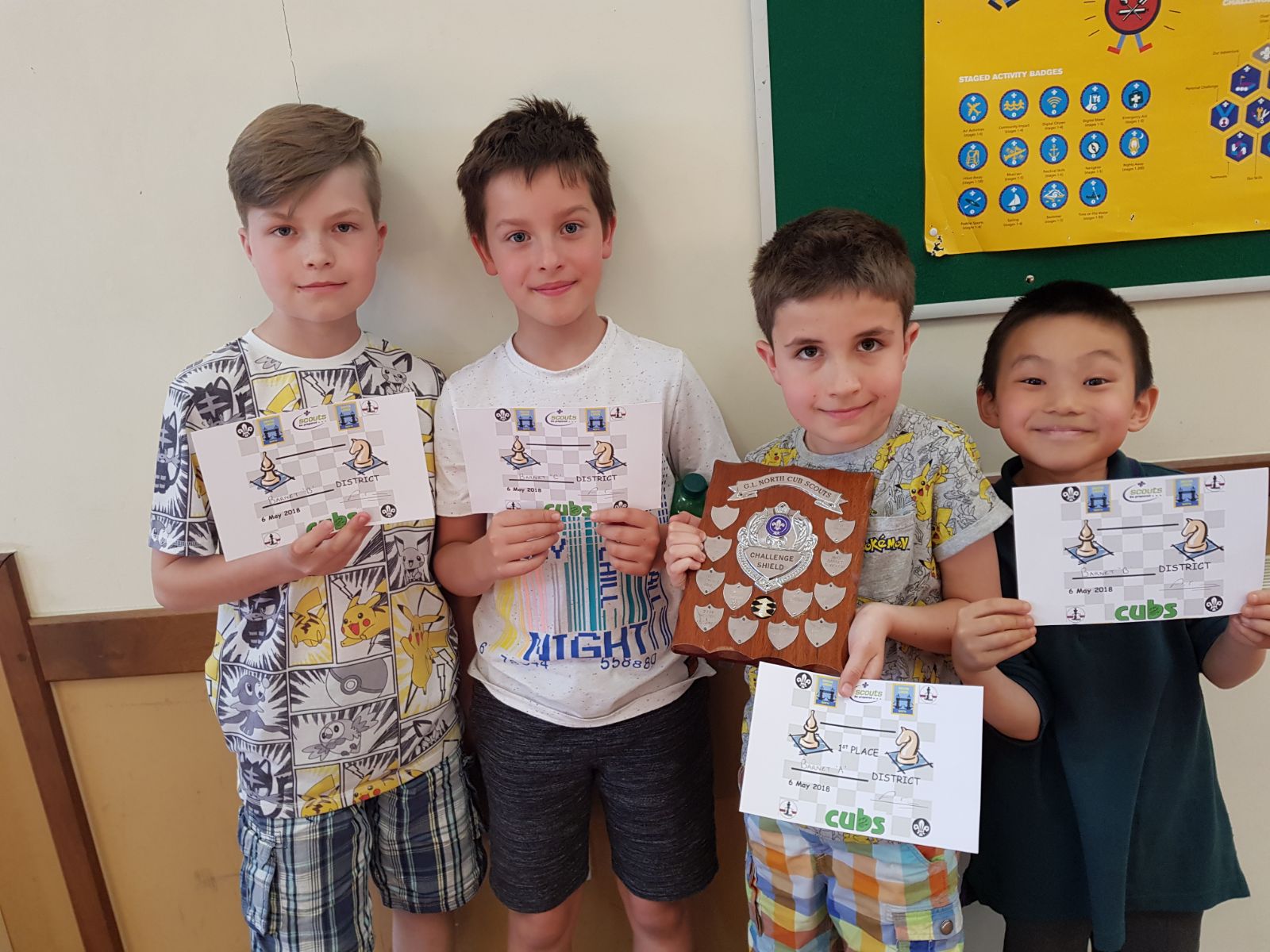 We love a competition and this year we’ve done pretty well. After winning the District Chess competition, our Cubs went to County levels and Maks only went and won! Our bowling team also did a great job, coming 4th in the County championships.

We’ve also had teams for the swimming gala, District rafting and Ready Steady Cook. Well done to all who got involved and gave it a go – and as we’ve seen, hard work will pay off. 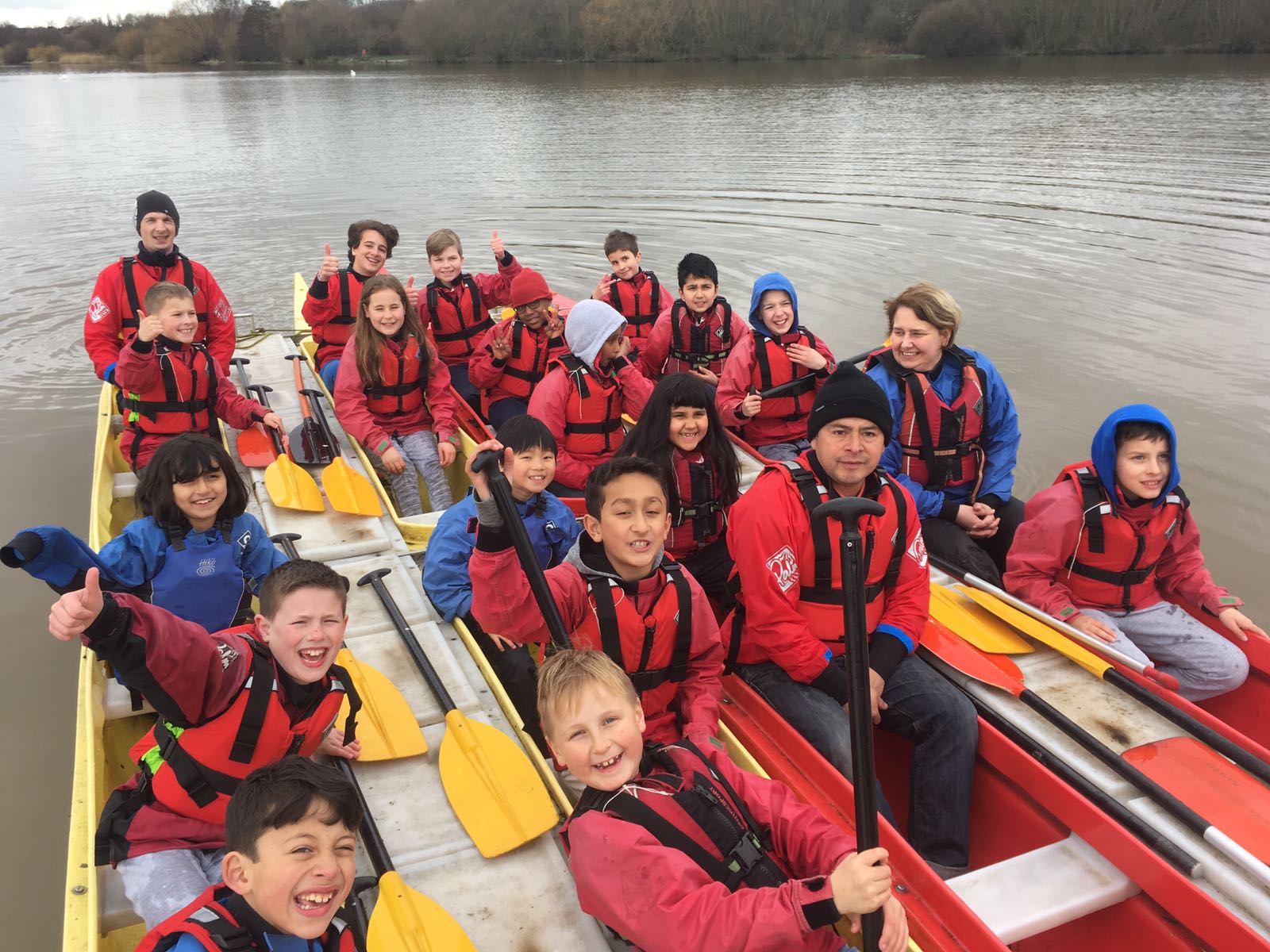 Water sports are always popular with all our members, and luckily Phoenix Outdoor Centre and their awesome crew aren’t far away. The Cubs enjoyed two sessions of bell boating (as pictured), where we raced and splashed through the water. Water games were played as well as standing up and rocking the boats! This was a completely new activity for most of us and we would all do it again!

The Scouts finished the summer term kayaking. Again, there were plenty of exciting games, races and water competitions. We also invested two Scouts on the water! 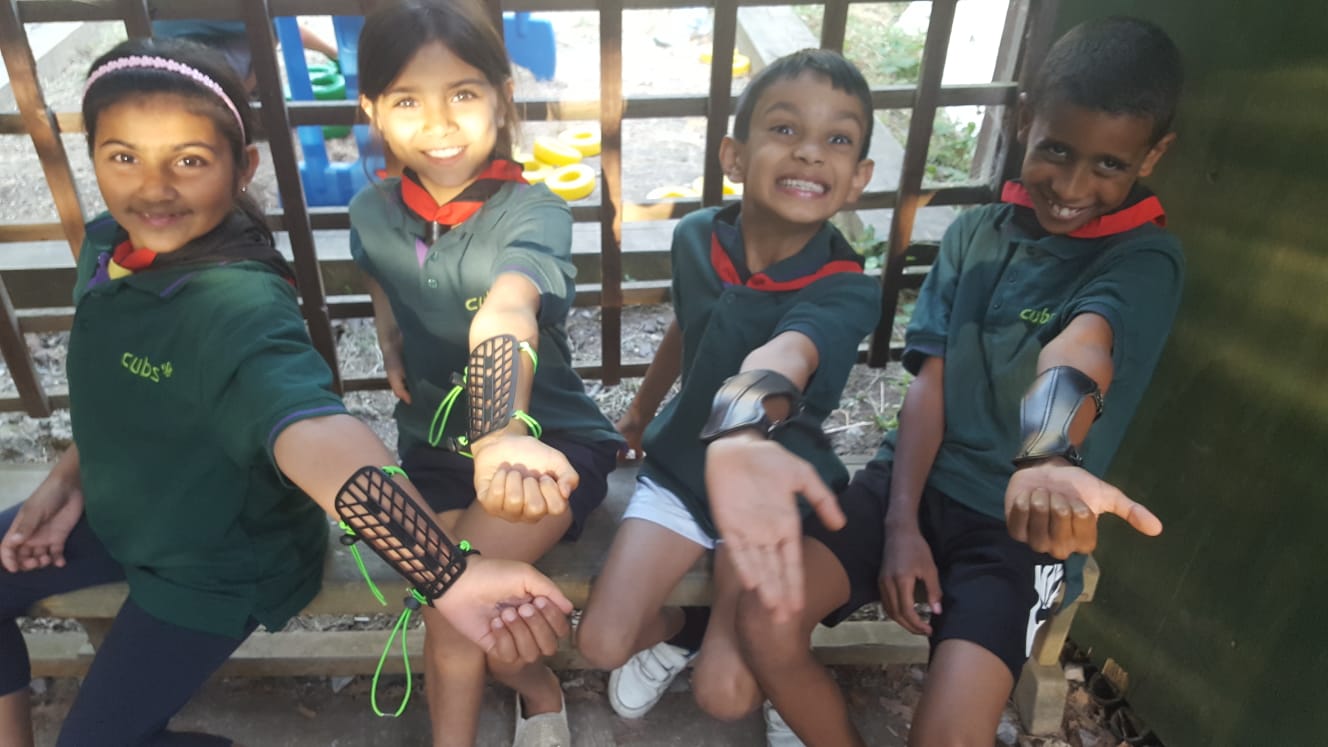 Frith Grange is our District camp site and a great excuse to get outside for our meetings. The Scouts enjoyed a series of back-to-basics meetings putting up tents and backwards cooking ahead of summer camp – and of course, wide games! We also held our Hallowe’en meeting there with apple bobbing, spooky games and a “ghost fire”!

The Cubs met at Frith in the summer in the midst of the heatwave and plenty of World Cup excitement. So alongside football, there were parachute games, wide games and everyone had a go at archery. We also teamed up with Evolution Explorers for a huge water fight and in autumn a session of fire-lighting. 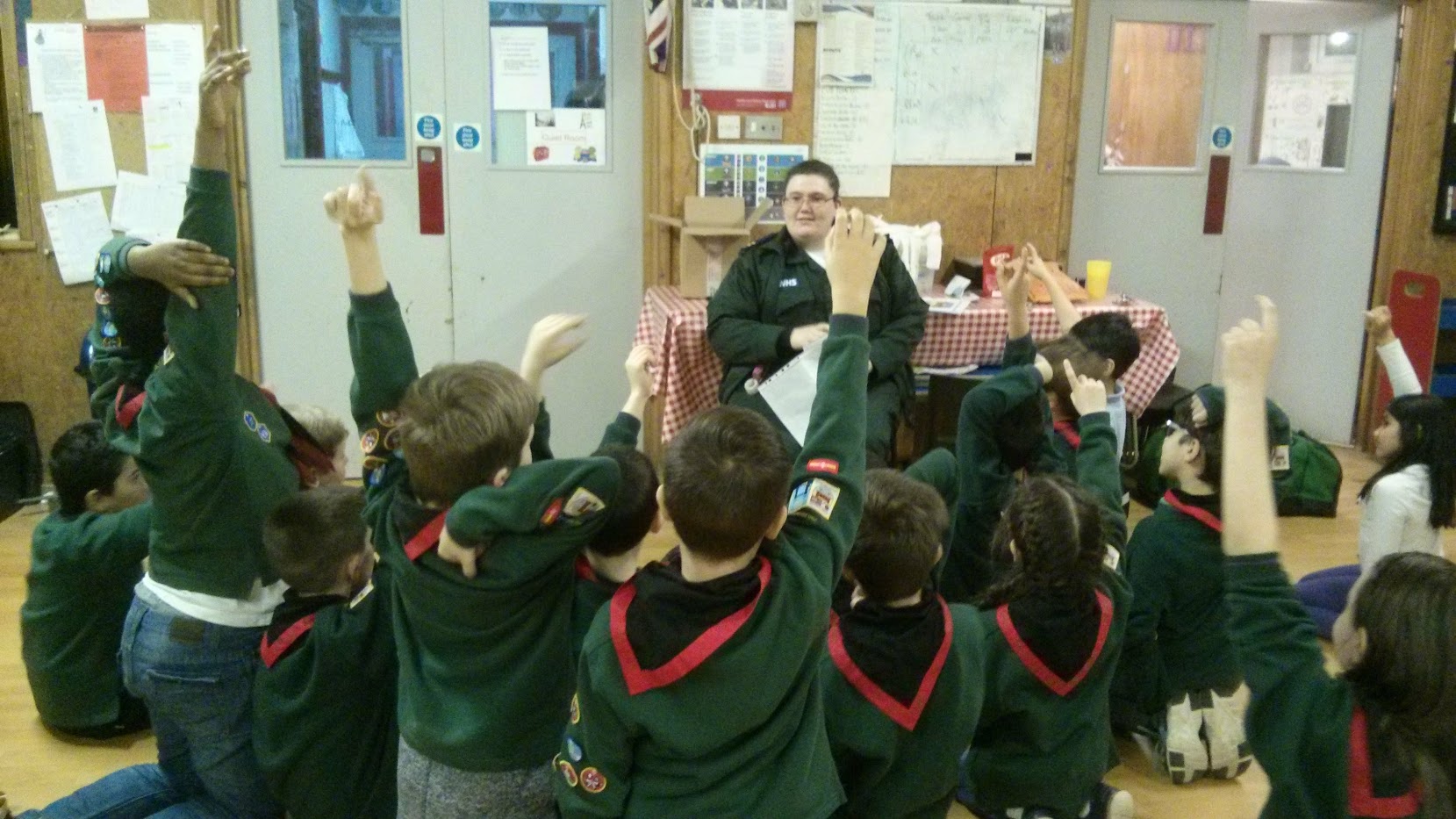 In the build up to our trip to KidZania, the Cubs enjoyed a job-themed term, covering a range of professions. For architecture, we brought the LEGOs out, for actor, scenes were devised and performed and for communication there were a series of messaging challenges. We also had several guest speakers run an evening, including from the police, Network Rail, banking and paramedics. Talk about Skills For Life ahead of the re-brand!

The Scouts and 1st Finchley Cubs joined us for KidZania with an attendance well over 60, making it our biggest event of the year! More hand-on experience was gained through shops, a TV studio, emergency services, climbing and of course the chocolate factory. 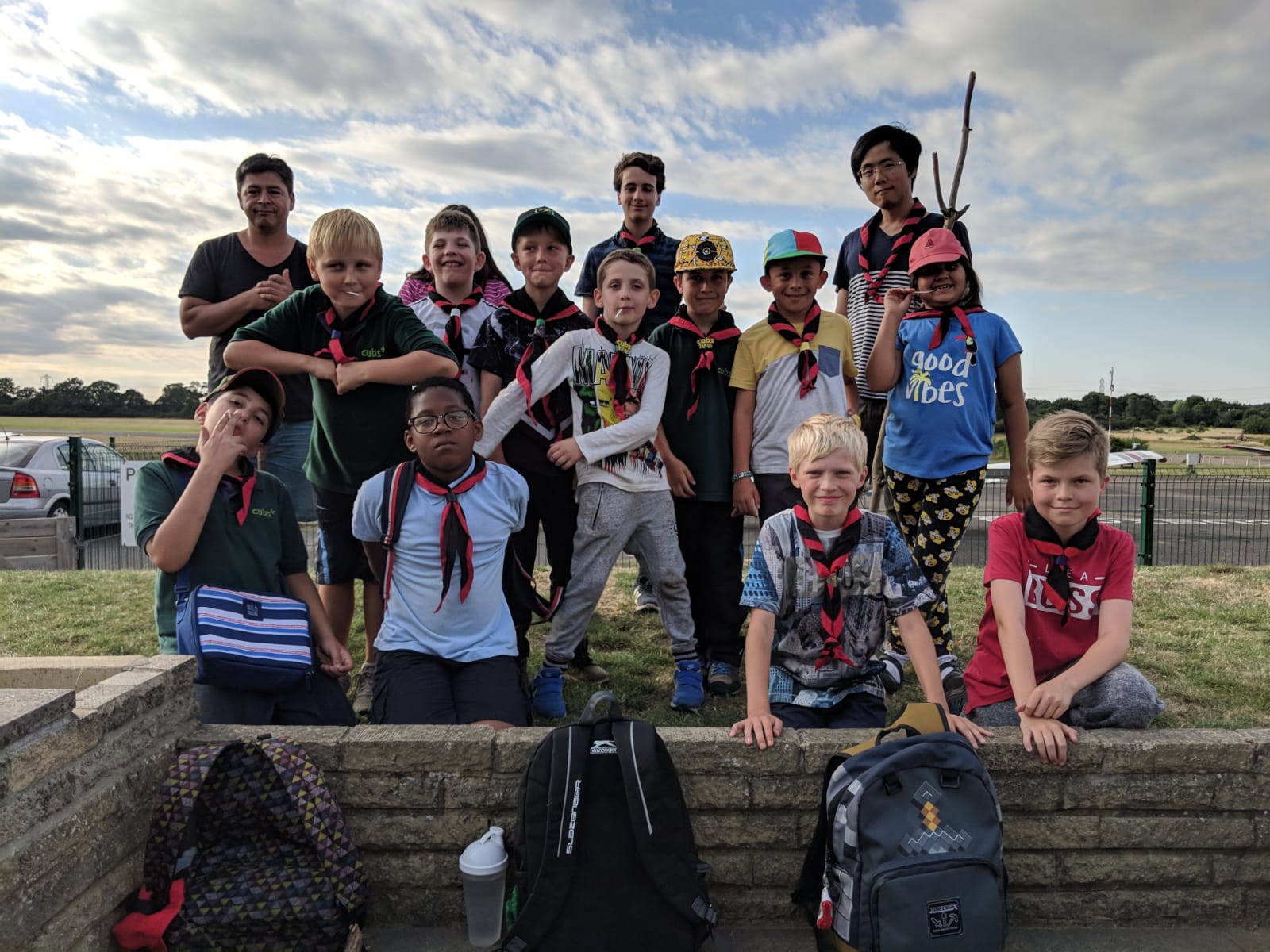 We enjoyed a Summer and Autumn hike with two different routes but the same brilliant end. Walking from Edgware to Elstree in July, we had some memorable adventures; including being chased by horses, eating lunch at Elstree Aerodrome whilst watching planes take-off and land, and back at the park, the most intense game of Kub!

Three Scouts had a magical time in October, despite the cold spell, with lots of laughter and more planes and horses as they put their map training to the test and are all now confident navigating. All of that is thanks to Scout Leader Roni and his hard work! 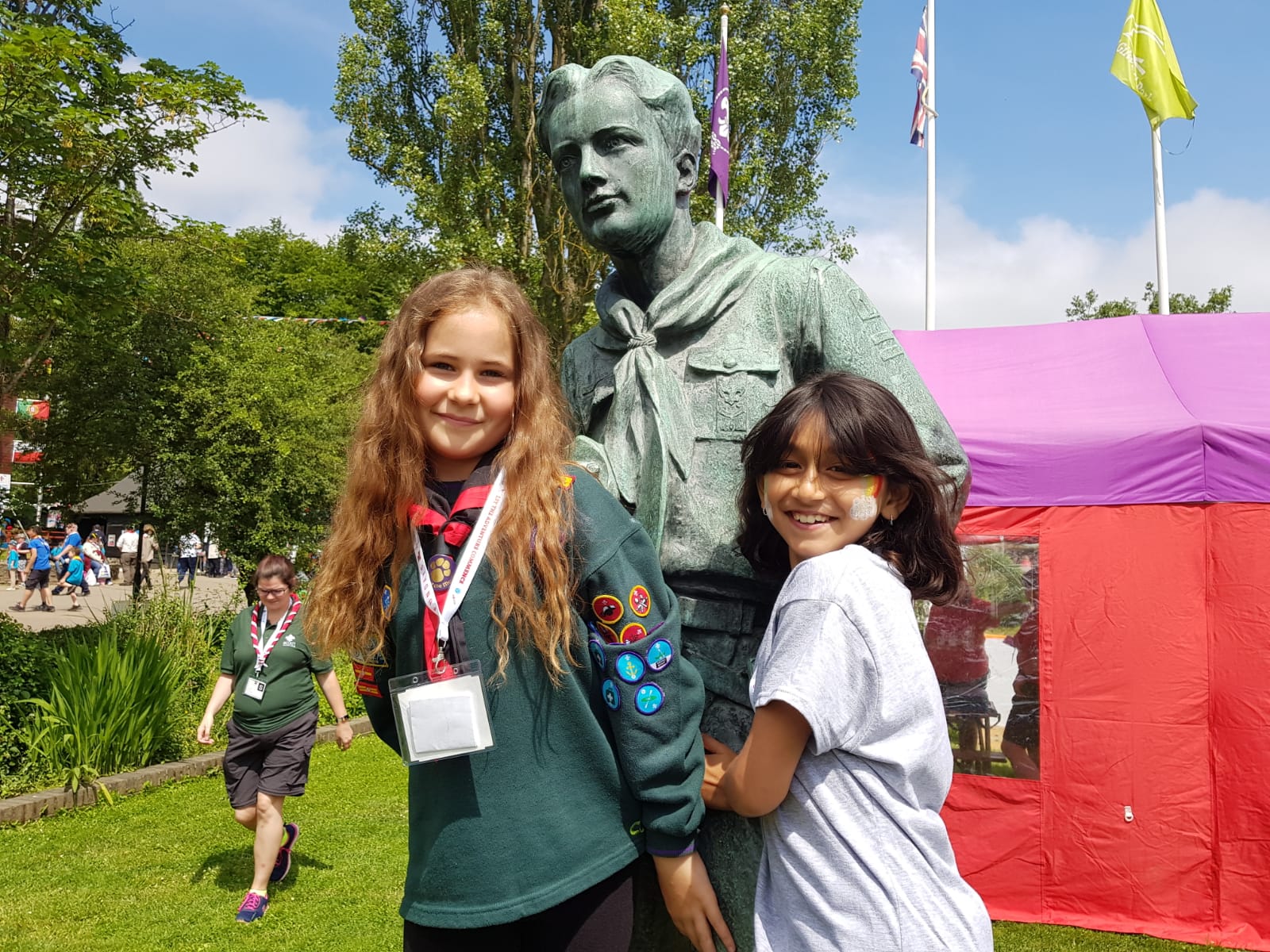 Back in June the Pack attended our first Gilwell Park Fun Day. Plenty to do and see at the UK Scouts headquarters, including fair rides, climbing, animals, rafting, cooking over fire, VR and loads more! There were also some pretty cool attractions and displays. Sign us up for 2019!

Cubs Winter Camp was definitely a favourite! A small group of 10, who were all great friends by the end, enjoyed an exciting programme, full of games, skills, outdoor adventure, creativity, teamwork, new activities and plenty of banter! Check out the full report here. 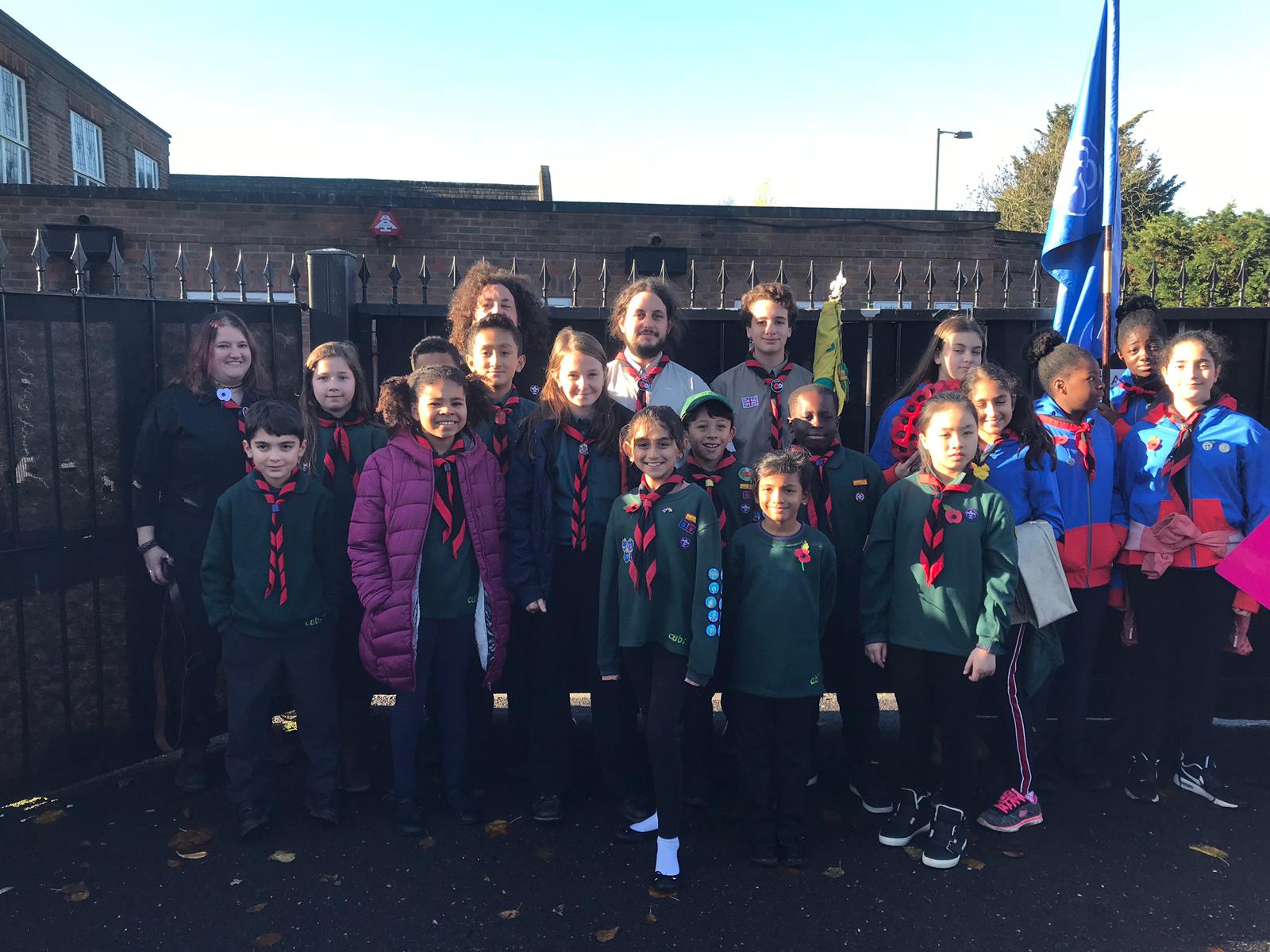 2018 marked 100 years since the end of World War One and on the 11th November the Group was in full colours. In the morning we paraded through Edgware with other Groups and local organisations, before a service at the war memorial. It was great to see so many of the community turn up to remember.

In the evening we joined the District for their events, including candle lighting, laying clay poppies into a giant fleur-de-lis and of course, the beacon lighting, in time with all other beacons across the country. It’s definitely fair to say, 100 years on, we will remember. 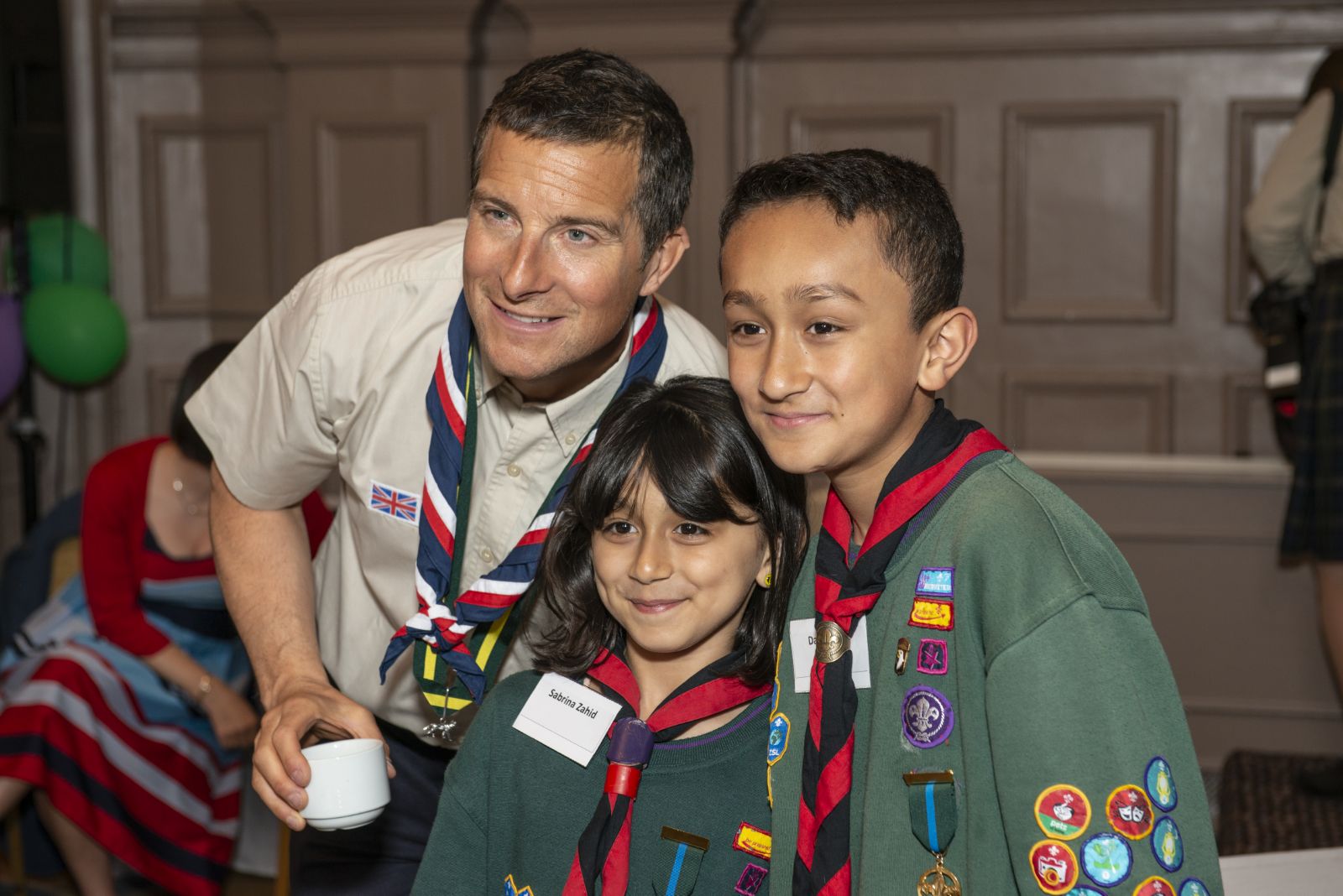 2. Our heroes on TV and at Windsor Castle

Last July Cub Scouts Daniel and Sabrina saved their grandmother’s life; last October they met Prince Harry. This year they were furthered praised for their work, as well as appearing on national television. In March they appeared on CBBC Newsround explaining how they saved a life and why more kids should be taught First Aid.

Then, in April, the Pack received a visit from Fozzy who presented our heroes with a special award. The week after they travelled to Windsor Castle where they joined hundreds of other heroes meeting the Chief Scout, Bear Grylls and Princess Beatrice. 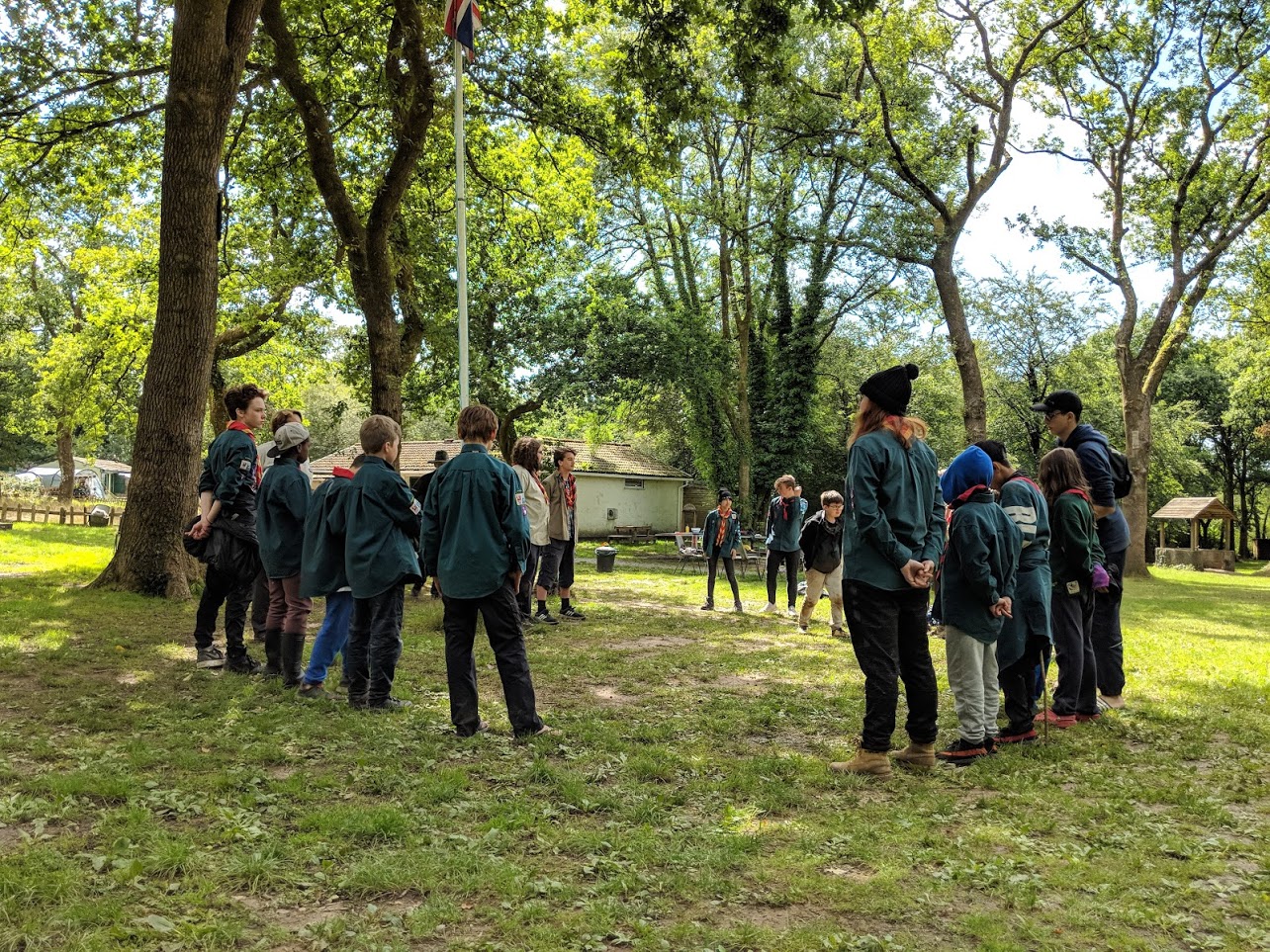 It’s very hard to choose a favourite part of the year, but as usual, it would have to be Summer Camp! 20 Scouts enjoyed a week away in Wales, highlights including a hike to the beach, rifle shooting, crate stacking, cooking in Patrols, Parkour and some hilarious Patrol camp sketches. It was a great experience, alongside challenges, new skills and new friends, but certainly a highlight of the year for many. You can read the full report here.

Next year marks the Group’s 90th birthday and we have some big things planned for the build up to October, our birthday month. This includes a special Group camp in August (followed by the Scouts Summer camp for a week).

The Cubs can also look forward to the usual list of District activities, from the Swimming Gala to the Rafting Day, details will be out next year. As for the Scouts, the return of the swimming gala, cooking competition and night activities are in sight for 2019.

Thanks most definitely goes to all our parent help and support, and of course our ace team of dedicated leaders and behind the scenes volunteers, without them, none of this would’ve happened…