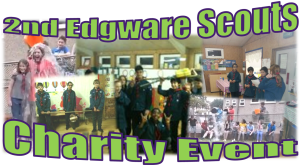 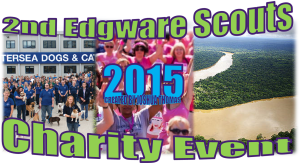 Firstly, a massive thankyou to everyone who helped raise money last year, as we have raised a total of £212.59 (not including Stephanie’s money)! The scouts then split up the money they had raised in their patrols, and we added all the money in the box which the parents and donators had put into the different slots for the different charities. So how much did each charity raise? Well, the champion charity was Sky Rainforest Rescue with a massive £114! In second place came The Noah’s Ark Children’s Hospital Charity with £53.77, and finally Blue Paw Trust with £44.82! So again, a massive thankyou to you all, and the money will be sent off very shortly.
So what’s next? Well, as the event was such a success, we’ve decided to bring it back for 2015 with two new charities you chose! So this year, you can raise for Battersea Dogs and Cats Home, Cancer Research UK, or last year’s most popular charity, Sky Rainforest Rescue. The event will run in a similar style as it did last year, but with a few changes to raise more money in patrols.
So again, thankyou to you all, and hopefully we can raise even more this year!